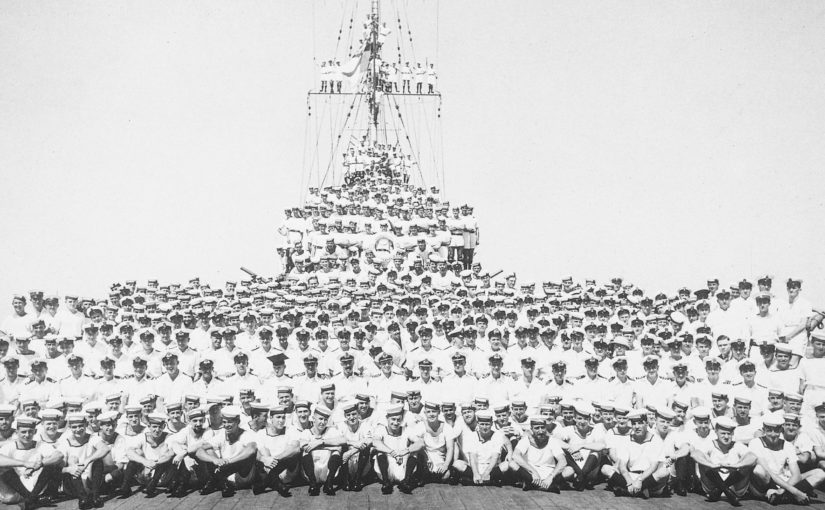 The object of naval warfare must always be directly or indirectly either to secure command of the sea or to prevent the enemy from securing it.
Julian Corbett, 1911

The Royal Australian Navy suffered its largest loss on 19 November 1941, when HMAS Sydney was sunk by German auxiliary cruiser, HSK Kormoran. This fateful engagement cost 645 Australian (pictured above) and 82 German lives and has puzzled many as Sydney was the superior ship, a battle-hardened and modern cruiser in contrast to the merchant vessel-cum-raider, Kormoran. The enigma is only now being cracked since the discovery of both wrecks in 2008 and 2011.

November 1941 was the beginning of year of heavy losses for the RAN. The loss of Sydney deprived the RAN of warfighting capability against the Imperial Japanese Navy (IJN) when the IJN was superior to Allied forces in the Pacific, and was followed by the loss of sister-ship HMAS Perth in the Sunda Straight in March 1942. Strikingly, while Perth was sunk after sustained action against a large force of Japanese warships, Sydney succumbed to a single auxiliary cruiser. However, Sydney’s loss, while great, is only one impact of German commerce raiders.

Although the U-boats had a greater influence, Germany’s eleven auxiliary cruisers sank or captured 142 Allied ships with more than 872,000 Gross Registered Tonnage (GRT) (Muggenthaler, 1977). The auxiliary cruisers had greater independence and posed a threat to Allied sea lines of communication (SLOC) across the seven seas: Kormoran cruised for eleven months before it was finally sunk, while Altantis covered 160,000km in 602 days (Muggenthaler, 1977). This incredible endurance provided Germany with sea denial capabilities beyond the Atlantic. Their daring voyages through far-flung oceans and exotic ports captured the minds of the German public and their captains, men like Theodor Detmers and Bernhard Rogge, became national heroes. For a while, the mighty Royal Navy seemed entirely incapable of defending against the raiders, which roved freely—albeit, discreetly—through the Commonwealth’s backyard, off the coast of the Atlantic, South Africa and Australia.

Militarily, the raiders tied up Allied resources in pursuit and contributed to the need to adopt a convoy system. However, as the war progressed, the surface raiders became less effective (Cooper, 2001). Convoys, technology and better detection processes diminished the raiders to a nuisance until they were all sunk or removed from service.

So, what was the use and effect of Germany’s surface commerce raiders? The story of the Kormoran is the perfect way to explore this. But first, we must consider commerce raiding as part of a developing German maritime strategy. Then we will assess the use of commerce raiders, including the tactics of deception, targets and Allied responses. Finally, we will evaluate the strategic impact of commerce raiders, both materiel and economic, with particular focus on the loss of Sydney and the Australian war effort.

END_OF_DOCUMENT_TOKEN_TO_BE_REPLACED

Hi all, I’m moving into the freelance writing world and looking for gigs. I’ll begin sharing my experiences here as I progress.