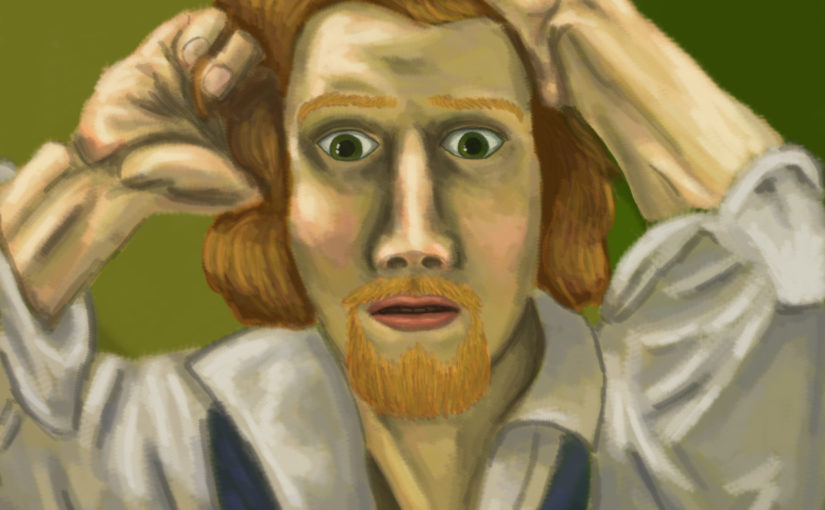 How much time does it actually take to learn a new skill? That depends on the skill – and, more importantly, how good you want to get. It is said that it takes 10,000 hours to master a skill. That’s 1,250 eight hour days, or more than five years of full time work – an intimidating number! Yet professional athletes, musicians, writers all have to do at least that much work to become good at their trade, and most, the truly brilliant, spend their entire lifetimes. It is therefore the acme of hubris or ignorance to think that any old Joe can just pick up a paintbrush and create a masterpiece – similarly, not just anyone can run a ten second 100m.

But most people don’t set out to become masters in everything they do. To do so would ensure a limited skillset and an unbalanced life. While not glamorous, there’s a lot to be gained by achieving a novice, mediocre level of skill. If nothing else, building a very basic level of skill across a range of activities can enrich one’s appreciation for actual masters. It can be difficult to work out why something is considered great without the perspective of how difficult that activity actually is. Learning new skills also opens up new worlds and sub-cultures, each with their own argot, heroes and mythos.

“A human being should be able to change a diaper, plan an invasion, butcher a hog, conn a ship, design a building, write a sonnet, balance accounts, build a wall, set a bone, comfort the dying, take orders, give orders, cooperate, act alone, solve equations, analyse a new problem, pitch manure, program a computer, cook a tasty meal, fight efficiently, die gallantly. Specialisation is for insects.”

Most characters in this mould are presented without explanation for how they gained their depth and breadth of knowledge and ability. This perhaps goes to the origin of the character, Homer’s Odysseus, who like others in that mythic age had at least a little divine blood. So is it folly to strive towards Heinlein’s standards? One may think so, but history provides numerous examples of competent men and women, who seem, like Odysseus, to possess great skill across disciplines.

At ten thousand hours per skill, it would certainly be quite a challenge to achieve mastery across several fields (although some, like Leonardo da Vinci, apparently managed). What if we set our sights lower? Heinlein’s sentiment that “specialisation is for insects” implies that our goal does not need to be mastery but simply competence. And that, fortunately, is a much more achievable goal.

How long does it take to learn a new skill? For a modest, novice level of competence, not all that long. In the past two years I’ve dabbled in several new skills: piano, (digital) painting, German, computer programming and running, among others. My results have varied, and I certainly haven’t achieved proficiency in any of these activities, but I believe that for my modest time commitment I’ve achieved quite a lot.

I’ll take painting as an example.

Last year I bought a Wacom tablet and stylus. This tool connects to the computer and can be used to draw and ‘paint’ in programs like Adobe Photoshop. It definitely isn’t the same as physical mediums like watercolour or oil, but it has several advantages: many skills and theories of painting can be learned in this medium; it is much less costly, messy and intimidating; it is forgiving; there’s a wealth of video tutorials on the software and skills involved, reducing the need for actual tuition. I’d bought it because I wanted to see what I could achieve. After using it a bit, what I’d produced was rubbish and I found that Adobe Photoshop was an incredibly complex and deep program that itself would take a long time to learn, never mind the physical and artistic skills of painting. So, essentially without learning anything except that perhaps I’d bitten of more than I could chew, I stopped after playing around for perhaps 10-20 hours.

I didn’t touch the tablet again for about a year. My time commitment to that point had yielded almost nothing, except some frustration. Most skills seem to have a ‘threshold’ point of effort and investment before there are any real benefits to trying them. 20hrs of playing around with a stylus on photoshop was obviously not enough — further, it was less efficient than using a pencil on paper as the software and hardware were less intuitive.

A year later, however, I picked up the stylus again and thought I’d have another crack at it. I’d been inspired by truly great artwork in the Old World galleries I’d visited. This time my approach was different. Instead of trying to get results quick, I read articles on painting basics and watched some tutorials. I still didn’t really understand anything because I’d yet to put it into action. At first I practised just drawing faces — simple enough. When I was more confident I tried drawing my own face, resulting in some lines that inspired in me enough confidence to bother persevering.

Rough, but there was potential. I continued and after probably 10-20hrs I produced the following:

Not great but not terrible. I liked the superficial similarity to a Van Gogh. Total time spent trying to (digital) paint: about 40-50 hours over about one year (a 20hr burst and then another 20-30hr burst a year later). However, while proud at my creation, I felt I had no technique and gave it a rest (I also had uni and overseas vacationing and job interviews), resulting in another hiatus of several months. Then, come October this year, I decided to have another crack. The result was a quick self-portrait.

Pleased, I tried to do a different style. I collected a selection of portraits by real artists that I liked the look of.

With these last two I am confident to describe my painting skill as mediocre. Just enough that I can now recognise some of the technique and skill in better artists and just enough to realise that, indeed, becoming actually good at painting would no doubt take far more than the 75-100 odd hours I’ve put in. Some painting jargon now makes sense.

It doesn’t take five and a half years of full time work to learn a skill. To become good at something, yes, that takes a long time. To become slightly better than bad at something, on the other hand, is rather easy. I suspect that in as little as 20-50 hours, one can learn the basics of any skill, and in about 100-200 hours one can actually achieve a very modest level of proficiency.

Where does that put literature’s Competent People? Well, perhaps in as few as 1000-2000 hours anyone could learn enough skills to satisfy Heinlein. With relatively few targeted, productive hours, there’s a lot that one can achieve.

One thought on “Learning new skills”