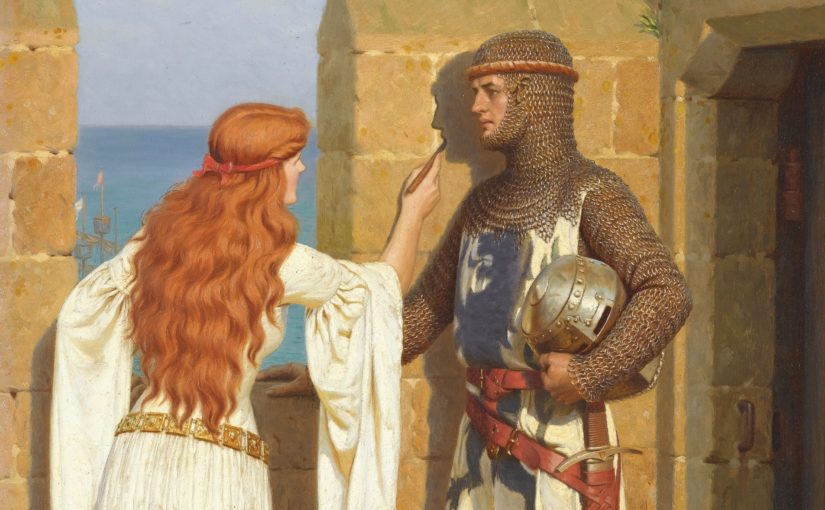 As I’ve explained in a previous post, Aristotle held that virtues were not mere acts, nor superficial habits such as tea-drinking, but fundamental character traits strongly disposing someone to virtuous action. The actions of a virtuous man are virtuous because he is virtuous. Seemingly tautological, the meaning of this is revealed in “we are what we repeatedly do. Excellence, therefore, is not an act, but a habit”. Arête is translated as both excellence and virtue; arête is the root of aristocracy, meaning that a good aristocratic system is rule by the excellent and virtuous. For Aristotle, to develop one’s moral character requires constant, conscious effort, to make it habit. Training oneself in virtue was necessary to achieve eudaimonia (‘flourishing’, ‘well-being’) and therefore necessary to live a worthwhile life. Further, to live and breathe virtue required practical wisdom, phronesis (for an example, see here), so that one knew how best to act, having considered the situation and its implications. This practical element, the notion of training oneself in virtue, fitted the aristocratic custom of sending the children of nobles to serve in other households as pages and squires before becoming knights, during which time the chivalric arts and Christian values were to be instilled.

While Aristotle considered virtues good in themselves, admirable and worthwhile for eudaimonia, the virtues of Christianity were those communicated from God to man, both in the Old Testament and in the life of Jesus Christ. In the Christian formulation of virtue ethics, to be virtuous was a divine duty, a basic and necessary element in following the teachings of Jesus. Chivalry, then, which espoused and codified the virtuous life, had not only the rational philosophical groundings of Aristotle, but also a heavenly mandate. Chivalry was at once a formulation of medieval virtue ethics and duty ethics, which is perhaps unsurprising given that Aquinas and other theologians were influenced by Cicero’s On Duty in addition to Aristotle. Chivalry was more than piety as it required performing good deeds.

The following table shows the usual chivalric code and the seven virtues (an adaptation of the four cardinal and three theological virtues outlined above). The links are clear, illustrating both chivalry’s Christian and classical groundings.

Chivalric code
Believe in and defend the Church
Respect and defend all weaknesses
Love your country and perform feudal duties
Show no mercy to the Infidel
Never lie; always be honourable
Be generous to everyone
Always and everywhere be right and good against evil and injustice

Chivalry therefore had two main aspects: martial skill and virtues/duties. The ideal knight embodied both of these and found form in literature and folk traditions such as the Arthurian cycle and Eisenhans, a German folktale recorded by the Grimms. The works of Dürer show the ideals of chivalry in the Renaissance and also the continued inseparability of chivalry and faith, for example in Knight, Death and the Devil, which is probably based on the following:

“Yea, though I walk through the valley of the shadow of death, I will fear no evil” – Psalm 23

Of course, chivalry was the ideal. In reality, not all aristocrats or knights were paragons. Particularly with the Reformation and the confessional wars that engulfed Europe, the notion of defending the Church and loving one’s fellow Christians became problematic. Yet ideals are important all the same and the most physical aspect of chivalry, martial ability, continued despite these challenges. For example the Marxbrüden, the Brothers of St Mark, was an order of knights and fencers whom diligently trained in the art of combat while stressing the virtues and duties of the knight. Dürer, whose artworks feature much chivalric romanticism and idealisation, was a brother of this order.

As the role of knights in warfare, and therefore the role of the aristocracy in warfare diminished, chivalry lost its original martial groundings. While cavalry would continue to be used until the 20th century, improvements in the cannon and gun, the gruesome death of King Henri II in a jousting tournament and the horror of the Thirty Years War, saw chivalry’s decline. Across the continent, but especially within the Holy Roman Empire, knights, formerly wealthy landowners, became impoverished and increasingly turned to brigandage as they lacked the skills to become part of the growing urban bureaucracy. Perhaps more importantly, chivalry and faith (particularly Catholicism) were so intertwined that religious changes in Europe spelled the end of chivalry. In particular, the Protestants challenged the idea that performing good deeds was necessary (along with grace) for salvation, arguing that salvation was possible by grace alone (sol gratia). This theological shift undermined the basis of chivalry, which ultimately was a code of action, not just faith.

Despite this, some chivalric ideals persisted beyond the age of the sword, even if their theological basis lost currency, particularly in the martial traditions of the officer class and the notion of gentlemanly conduct. This ‘secular’ chivalry often maintained explicit links to former chivalric orders, such as the Knights of St John, which was reformed by royal charter in England under Queen Victoria. However, by this stage the philosophy of virtue ethics was competing with Enlightenment and post-Enlightenment ideas such as utilitarianism and the theological debate around good deeds had lost importance.